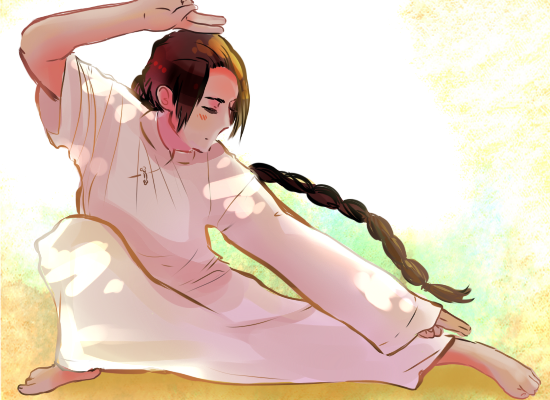 My sometime Dakini and dharma peer Crys comes up with the most interesting and provocative comments about my evolving transmission which she is currently witnessing close-up  (we are housemates).

“Where is your vortex?  Most teachers I know at your stage are generating at least some kind of vortex.”
“You are sharing parts of Osho’s dharma but there is no Osho here.  How is this okay?”
“Why do you keep mixing magick with mysticism? It seems odd, its slowing things down. Do you know what you are doing?”

It is worth taking Crys’ reflections very seriously as her awareness is most penetrating.  So on the one hand we have these comments and on the other the sensed truth of the arising current being uncovered here and now. It has not been obvious…the fit between what is emerging in my teaching and sharing and my studies of the great spiritual lineages and teachings – but the beginnings of a shape are now being glimpsed.

One of the primary things informing this aspect of the dharma as manifesting here-now is the time I spent in many Internet and software companies steeped in many-many communication, network effects, social media, open source software and agile development methodologies.

A Tale of Two Directions

My career was a little schizophrenic. I interspersed and funded the spiritual search with blocks of time involved in the Internet and web start-up space.  This was a little confusing at the time as neither direction seemed particularly supportive of the other. I wasn’t doing the usual sincere seeker thing of quickly earning the money needed and then heading back to the ashram. While in the world my the efforts at building vairious web business were constantly undermined by a primary interest and large amounts of time spent on healing and awakening.

Yet of course if its not all-right its not the end and this particular path supplied many useful skills (can run an organisation, can build my own website, can make my own videos) and more importantly a ringside seat to the dramatic shift the world is currently undergoing.

Software & the Net – a New Form of the Leela

One of the most insightful commentators on the shift from the age of atoms to the age of bits, from geography to the network is Venkatesh Rao (a modern hybrid of McLuhan and Machiavelli)  – he recently wrote a collection of essays on software eating the world which is well worth reading for his deep insight and excellent summation of this global transformation, http://breakingsmart.com/season-1/.

The TL:DR summary – Software is the most powerful non material technology ever, even more so than its dramatically transformative predecessor soft technologies writing and money. It is fundamentally reshaping everything and in this process, as Rao concludes, reality gradually blurs into magic, waste into wealth, technology into nature and work into play.

The way I see it is the planetary entity is evolving, she is moving from nymph to dragonfly. We as an essential part of her brain are a key component in the shift while also being swept along and catalysed into our own metamorphosis. In his excellent Gene Keys, Richard Rudd discuss this shift:

When you read the 55th Gene Key, you will have a taste of what is to come for humanity. Indeed, the time we are currently living through is referred to throughout this book as the Great Change. It is a change that is taking place at a molecular level within humanity, and it is also impacting all natural systems and all creatures. Everywhere you look today — at the environment, our political and social structures, the world economy, religion, science and technology — you will see a world preparing itself for a leap in consciousness.

A Change in the Transmission

Adi Da was really the last Guru.  When someone with that much pure shaktipat barely moves the needle in the culture (in the past this teaching would have been worthy of a massive world religion) its clear that for now this particular means of dharma sharing is, if not all but played out, definitely losing most of its power as a means of supporting and guiding people to the real.

There are too many people on the planet, the array is too dense and there are too many simultaneous currents emerging and re-emerging for any one thing to be the dominant flavour. So what is an alternative?  How do we go about creating and investigating it?

Agile development has proven remarkably successful in software and is now migrating to other fields (for an interesting piece on agile childraising see this TED talk http://www.ted.com/talks/bruce_feiler_agile_programming_for_your_family).  Rao again:

Agile development models catalyze illegible, collective patterns of creativity, weaken illusions of control, and resist being yoked to driving utopian visions. Adopting agile models leads individuals and organizations to gradually increase their tolerance for anxiety in the face of apparent chaos. As a result, agile models can get more agile over time.

This application of this pattern of creation (along with harnessing the power of many-many, open-source philosophy and modern media) to the sphere of awakening/teaching awakening appears to be the basis of my work for the next decade or so.

A weakness with some of the old routes, the lineages, is the better a seeker is at the early stages the worse they are at the latter. This paradox has meant so few people have got there. More make it with a teachers than without but truly grokking the teacher then makes the later (non)individuation really delicate. The rebellion-surrender has to happen at precisely the right moment and timing this is exceedingly difficult even for the best guides and pilgrims.

Is this so-called Agile awakening truly different from the lineages of the past? Not from the individual process of waking up for the founders of the great traditions – they mostly charted their own course through just such trial, error and adaptation. However when it came time to guide others there was invariably some codification of the founder’s path up the mountain – which ultimately resulted in religion and ossification of some sort. This is an attempt to keep the benefit of guides, teachers and collective wisdom but throw out the religious bathwater.

It means no guru & and indeed no pre-defined route across the ocean of tears. All awakening is personal – we are after all learning how to be fully ourselves, and so no ultimate emergence can depend on any teaching other than our own.  It must be a lineage-of-one and we will be our final Guru and our first disciple. Until all definitions, ideas and cunning plans drop away entirely of course…