can you buy prednisone over the counter in mexico March 16, 2015 by sytzu

Tarāna Imagine you have entered a library and in the library sitting on a shelf covered in dust is an old laptop.  Now before we plug this laptop in and connect it to the Internet we need to ensure that A- the power is not going to fry its circuits B- that we can deal with any viruses or bizarre software that is running on the laptop.

Humans are 3 brained beings these ‘brains’ are essentially the large plexuses of neural cells in our bodies-  they are in the head, around the heart and in the gut, our head brain, heart brain and belly brain.

The belly brain is where the emotions and intuition reside it links to many of the internal organs and the adrenal cortex.  Stabilising the belly brain is done through grounding the nervous system, trauma repatterning and diet. The key work to be done here before “plugging in” is working with the fight of flight trauma response. I do this via SE (Somatic Experiencing), body work fascia release in the Psoas and an adjustment of diet – moving away from wheat and dairy to fermented and living foods. 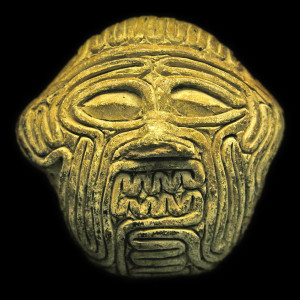 The Epic of Gilgamesh tells the story of Gilgamesh cutting down the cedar forest and slaying Humbaba the god of entrails. This is encoded wisdom of  the time when the head brain replaced the belly brain as the primary center which humans operated from.  This defeat was cemented by the birth of large scale agriculture – cutting down of the forest and the planting of wheat fields  in Mesopotamia.  Wheat has a severely negative effect on the intestinal microbiome and thus disrupts full functioning of the belly brain.

The head brain is where the thinking takes place.  In the last 2000 years we have become very enamoured with our minds or rather our minds have become very enamoured with themselves and with most people the mind is running the show.  You are not your mind!  This is the bizarre software and viruses on the laptop that we mentioned earlier.  Through conditioning (School! Media! Nationalism!), entrainment and lack of teachings most people have appalling mental hygiene. A huge amount of the entire energy of the system is spent on thinking, projecting, transference and a whole host of other terrible mental habits which in tantra is commonly referred by its technical term ‘Mind-fucking’.  Stabilising the head brain is done through some simple meditation practices, mind training and general discipline around thinking.

The heart brain is the master controller – it regulates the other 2 but in most people it is shut down like the dusty old laptop on the shelf also the two primary energy sources for the heart the base chakra and crown chakra first pass through the  belly and head brains respectively and so ironically (yeah right!) these 2 need to be balanced before the balancing agent comes fully online.

I’ve learned this lesson the hard way both on my own journey and as a guide.