So often the maneuvering and discussions of what is an authentic Tantra is because of a  definition from one particular place within the multipolar thing that is Tantra. The primary ‘place’ of practice gives a good insight as to the type of tantra one is dealing with. 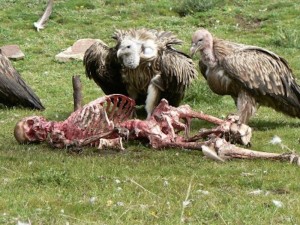 We suffer a pervasive new-age spirituality which wants things to be pretty and holy. We live in a world increasingly addicted to comfort and afraid of death. Within these milieu the Charnel Ground approach brings a refreshing dose of old school spiritual hardship and focused attention…nothing like a few corpses, wild beasts and icy winds to make for a good test of your commitment to the practice.

The Charnel Ground is the space where one breaks down dualistic notions by confronting them headfirst. Practice here requires deep courage and heroic intent. For the 21st century tantrika not all charnel grounds need be actual places of burning corpses: strip clubs, racetracks, wine bars on a Friday night at the end of the month all count – and for the really hardcore there is always the Insane Clown Posse festival…

But we are being a little literal now when most often the Charnel Ground is within – it is embracing your anger, your jealousy, your perversities and all the deserted ugly places inside you which you would rather didn’t exist. So a tantra of the Charnel Ground variety might be inviting one’s lover to love another and then sitting on the corpse of all the feelings, thoughts and programming that arises.

Tantrikas whose primary realm of practice is the Charnel Ground can have a tendency to dismiss those tantrikas who prefer the temple as “neo-“, lightweight and fluffy. Their reaction to those tantrikas who prefer the ashram is not much kinder: they are seen as hidebound pourers over dusty texts practicing “museum” tantra. Certainly because of the extra doses of heroism required in the Charnel Ground there can be a bit of the ‘We’re the Navy Seals of Spirituality” attitude among this breed. I have certainly been guilty of these acts of separation (ceaseless is the arising of identity) – the core of my tantric practice was in the Charnel Ground and indeed South African Tantra has enthusiastically embraced this form of practice as an antidote to the excesses of American Tantra. Which brings us to the… 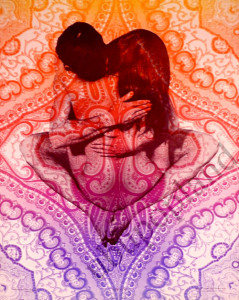 Incense, candles, pujas and eye gazing – all the wonderful god realm delights that American Tantra has so wholeheartedly embraced and quite frankly taken to the next level.

The tantrikas who spend most of their time in the temple are remarkably sanguine about the opinions of them held by the other elements of the tantric path.  The charitable interpretation is that they are too busy having sex and getting blissed out by all the rituals to be bothered with comparison. The uncharitable interpretation is that they Hasaki know they are lightweight and would not dare comment… and anyway they are too lost in hedonism and spiritual materialism to actually have sufficient awareness to have any view on the intricacies of what Tantra actually is.

Yeah, they’re good at pissing other tantrikas off, those temple only types – which means even if unaware of it they’re doing good Tantra.  If followed wholeheartedly at some point the kool-aid turns toxic and the whole process within the hall of mirrors dissolves itself. As that most excellent tantrika William Blake would say: “The road of excess leads to the palace of wisdom”. My friend Maya shares her journey through the temple and out the other side in her memoir No Mud, No Lotus – essential reading if you decide to play with the temple tantrikas. 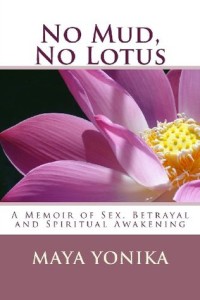 And it is worth playing with the temple tantrikas, you will have lots of sex, drop any guilt, fear or shame around nudity, sexuality and long lingering group hugs. You may even pick up a number of useful techniques for navigating emotional states along the way (some of which may need to be unravelled later but if you go in with your eyes open this should not be too onerous). 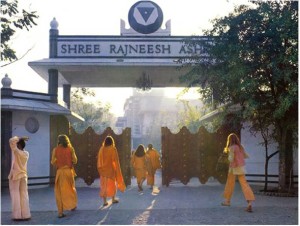 Any structure can seem antithetical to the breaking down of conventions and anarchic spirit of tantra, a program of regular practice and ritual could be viewed as…well…decidedly yogic. Again lets not be fooled by outside forms, the regularity and focus of yoga is because it works carefully from the outside in like sandpaper removing a layer at a time. Tantra works from the core. Nevertheless at some point from that core there is a natural arising of regular practice as an easy and natural joy – a disciple-in.

This is the tantra of the ashram, an integration of awakening with daily life. A place where the self is met repeatedly in the lull between the initiations, the shatterings and the energy expansions. The ashram is the ground state from which all other Tantra is possible and without which all other Tantra can easily be an exercise in the most egregious spiritual narcissism. And yet in the modern revival of this current there are few places where there is a primary focus on the Ashram aspect of Tantra. The reason for this is because the revival is so recent – the awakening beings within this way are not yet very numerous and so there is still a lot of traversing of the landscape necessary and much remembering is going on.

As the Tantric current re-emerges into this realm and comes out from under the covers so it seems to me that it is time for an integrated Tantra. One that embraces the bliss, the vigor and the discipline which are all aspects of this way.